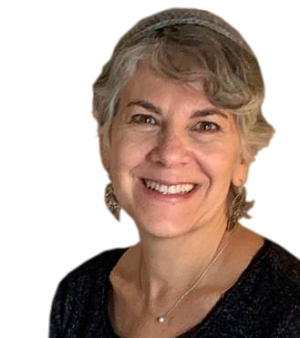 Rabba Kaya Stern-Kaufman joined Temple Israel as spiritual leader in July 2020. She is dedicated to the development of meaningful Jewish community rooted in our Jewish wisdom traditions and focused on contemporary needs for tikkun olam — repairing the world.

Rabba Kaya is the founder of Rimon: Resource Center for Jewish Spirituality, where she served as executive director and spiritual leader from 2012 to 2016. Rimon was an outreach organization that attracted unaffiliated Jews and non-Jews. At Rimon, Rabba Kaya taught popular classes in Torah, Talmud, Hassidut (Hassidic philosophy) and Jewish spirituality, offered interfaith programs and presented soulful, contemplative Shabbat and holiday programs. Through Rimon, Rabba Kaya established and led the South Berkshire Community Jewish Burial Society. She is also one of the co-founders and served as co-leader of The Berkshire Minyan in Great Barrington, Mass., from 2006 to 2016. In 2015 Rabba Kaya was recognized by The Forward as one of America’s Most Inspiring Rabbis.

As an experienced and sought-after educator, Rabba Kaya has taught all ages at synagogues throughout the Northeast, Simon’s Rock College of Bard, Isabella Freedman Jewish Retreat Center, Limmud UK and Limmud Boston. Her central focus is the reclaiming of ancient Jewish spiritual wisdom and its transmission for contemporary sensibilities and practical application.

Rabba Kaya’s poetry and writings have appeared in “Studies in Judaism and Pluralism” (Ben Yehudah Press), “Earth Etudes for Elul: Spiritual Reflections for the Season” (Strong Voices Publishing) and “The Promise of the Land: A Passover Haggadah” (Behrman House).

Prior to her work in the Jewish community, Rabba Kaya worked as a clinical social worker with families and children and as a professional feng shui consultant, having received training and certification from several feng shui masters.