A Community of Heart 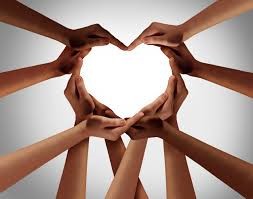 YouTube link to a musical piece – about art – from a consummate musician and artist, singer/songwriter Alicia Jo Rabins.

Last week we read the story of the Golden Calf, of the misguided attempt of the Israelites to find security in a god made of gold. Torah says that the people gathered together/vayikahel, single-mindedly, in a kind of mob mentality, motivated by insecurity. This week’s portion begins with a similar word: vayakhel, meaning ‘gathered together.’ Moses gathers the people together as one to commit themselves single-mindedly to a project of repair. Moses commands them first to keep the seventh day as a Sabbath on which to refrain from all work. This is followed by the command to create a Tabernacle, a sacred space for the Divine indwelling, a prototype of Creation. It will be a place where the people can connect with G-d, make offerings, and receive forgiveness.

Shabbat, a day of rest from creation and accumulation, is a necessary balance to the human tendency to become lost in the wilderness of time.* So too, the creation of a sacred space, in which offerings of precious possessions are released, provides a practice so that the people might not lose themselves in the wilderness of materialism. These practices of Shabbat and the Tabernacle support the people in releasing attachments so as to avoid the pitfall of turning gold into god. Torah offers us the gifts of sacred space and sacred time in order to create a sustainable and healthy society in which human desire is held in check.

Torah speaks her truths through many devices including the architecture of the story itself. The Golden Calf story appears just after G-d communicates the blueprints for the building of the Tabernacle. Immediately after the Golden Calf episode, Torah resumes the description of the designs for the Tabernacle and concludes the book of Exodus with its creation and manifestation. The people donate more than is needed, the artisans build the Sacred Space, and Moses sets it up. The chief purpose of the Tabernacle was to provide a method for repair and forgiveness, for kapara/atonement. In this sense it is not surprising that the Golden Calf episode appears between the folds of the Tabernacle, between the pages of a Divine vision for Sacred Space and the people’s ability to create it. This story of fear and desire, of illusion and misguided loyalty, is woven into the fabrics of the Tabernacle.

The possibility of turning gold into god is always present and possible, which is why our holy Torah provides an altar onto which we might transform the animals of desire into the service of something beyond the self. But the people must create it themselves and dedicate their hearts to it.

This week the people are called from the heart to contribute to the collective good.“Kol nidvat libo-all whose hearts are moved” and all whose hearts are endowed with wisdom are called to create a Sacred Space. The word heart/lev is found 14 times in this section of Torah referring to donors, builders and artisans. It takes a community of heart to create a holy place for the Divine to dwell.
Vayakhel: and they were gathered together. There is great power when we gather together with a unified focus on serving the greater good. We can follow a golden calf or we can create a world that honors all that is sacred. The choice is both individual and collective.

Through the trials of our times we all have learned that a sacred community is much more than a building. As we move forward into a new world, let us ask ourselves, what are the gifts that we each can offer to build the kind of Jewish community life that lifts up and celebrates the goodness of this new world?