Living a Life of Holiness 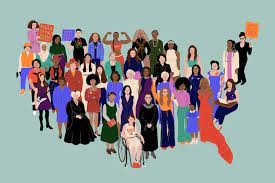 We’ve been through a very difficult week regarding women’s rights within our nation. I want to bring you some stories I received this week about illegal abortions which occurred before abortion was safe and legal in our country, and the harm that ensued.

Below is a story shared by my dear friend, Cantor Lisa B. Segal of Kolot Hayeinu in Brooklyn. She writes the following: My great-grandmother Minnie died of an illegal abortion in 1921, leaving behind my 8-year-old Grampa Bill and his younger sister, my beloved Auntie Doris. My cousin ordered the death certificates some time ago, which said she’d died of peritonitis following a miscarriage, but the story we know is that her husband, my great-grandfather Nathan, was in a sanatorium in Hibbing, MN, suffering from tuberculosis. Minnie discovered she was pregnant and her women friends and perhaps trusted family members told her she couldn’t have the baby because it would be a “monster” (due to the TB). So she went to an abortionist and bled to death with infection days later at 32. My great-grandfather died shortly afterwards, orphaning my Grampa and Auntie, who were separated for years until they reunited as young adults, remaining close the rest of their lives. This tragedy changed the course of my whole family’s life… ADDING this important aspect of the story from my cousin Miriam: “According to my mother, she was also cleaning at a movie theater in order to feed and clothe her and my uncle Bill and didn’t see how she could continue to work and care for them with a baby and no husband around.” Her choices needed to be supported and her body and mental and emotional health deserved to be given priority.

While Judaism is a religion that honors the sanctity of life as a primary foundation for making legal/halachic decisions, Judaism, in all its forms of practice, is unequivocal in ruling that the mother’s life takes precedence over the life of an unborn fetus. In practice, this means that when the mother’s life OR her mental, emotional and psychological well-being are under threat by a pregnancy, abortion is not only a viable choice, but a necessary one.

To open the lens on this a little wider, two contemporary Rabbis, Rabbi Langowitz and Rabbi Fixler wrote the following:

The debate about abortion in America hinges on questions related to what constitutes personhood and when life begins. These are clearly religious and spiritual questions, about which people of faith and conviction disagree.

The Supreme Court held in Roe v. Wade that abortion is protected under the Constitution’s Fourth Amendment, which guarantees a right to privacy, including a right to private medical procedures. For American Jews, access to abortion could also fall under the First Amendment’s free exercise of religion clause. Because Jewish law permits abortion under certain circumstances as a morally acceptable choice, or even in some cases a halachic requirement, any law that limits a woman’s right to choose, denies a Jewish woman’s ability to make a decision in accordance with her religious beliefs. When people of other faiths seek to create laws asserting when life begins, they endeavor to enshrine their own religious understanding into law.

Therefore, at this stormy and challenging time in the history of our country, we, as Jews, must advocate in all ways possible, for new civil laws that protect a woman’s right to choose.

Rabbi Arthur Waskow writes the following regarding his own family story.
My brother Howard, alav hashalom, and I were adults and Roe v. Wade had been decided before my mother’s mother told us the circumstances of my father’s mother’s death  — Eva Cowan Waskow, may her name be remembered for blessing … Having birthed five sons and begun rearing them, my grandmother Eva became pregnant again. Evidently feeling it impossible to raise a sixth child (we don’t know exactly what her thoughts and feelings were), she found someone willing to do an illegal abortion. A botched abortion. She died as a result. Her death sent my father to an orphanage for years and cast a shadow over his life.

I bring just these two stories, but we all know there are countless other people who suffered profoundly and/or died due to the ban on legal abortion in our nation.

This week’s Torah portion opens with a charge to the Israelites to become a holy people. The opening verse reads as follows: Be holy, for I, your God am holy. Rabbi Menachem Nachum of Chernobyl (an 18th cent. Hasidic Rabbinic leader) comments as follows:
Since it says-  be holy like Me- you might think that you are Divine-you might think you are a  god. God forbid! You surely are not!

He goes on to teach that to live a holy life means first to recognize that God exists in everything from the highest to lowest, and in every person, from the lowest to highest. Torah teaches us to strive to act in ways that are godly, BUT, R. Menachem Nachum cautions, to not get carried away into thinking that you Are God because you are not!

This tendency to judge others’ behavior in moral terms is a very human inclination, which, if we are honest with ourselves, we have all fallen prey to. We often think we know what is best for another person. From the perspective of “holiness,” of living a spiritually imbued life, this behavior can be understood as the height of spiritual arrogance.

As the Supreme Court document was leaked this week, I have been thinking about this profound overstep of our judges into spiritual matters pertaining to women. Ultimately, such a decision expresses a failure to recognize God’s presence in women and to respect their ability to make moral decisions for themselves. It expresses a profound lack of humility, to decide what is best for all women in all situations. This is an extreme spiritual failure, dressed up in the garb of religious and moral righteousness, that will undoubtedly cause immense suffering, pain, and loss of life for countless women and their families, for generations to come.

Therefore, at this stormy and challenging time in the history of our country, we, as Jews, must advocate in all ways possible, for new civil laws that protect a woman’s right to choose.