Carrying the Name of God 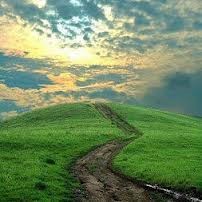 Who was Abraham and why was he chosen to be the founder of the Jewish people? We first learn of him, with his original name – Avram, at the very end of the story of Noah and the flood. He is a descendant of Shem, one of the three sons of Noah. At the beginning of our Torah portion Lekh Lekha, God speaks to Avram and tells him to leave his native land, leave his father’s house and go on a journey to a new land. Avram becomes the first immigrant in the Torah. He is referred to as an Ivri from the root Avar which means to cross over or pass through. He is a travelling man, leaving the past behind and journeying to an unknown future, an immigrant from one land to another, guided by God.

But why does he merit this selection? And what is God’s intention in commanding him to travel forth?

Context is everything. The Torah has just recounted four foundation stories of the birth of humanity in which human beings violate God’s vision of a world that is “very good.” Adam and Eve violate God’s only rule in the Garden of Eden by eating the forbidden fruit. Their son Kain commits the first murder, killing his brother in a fit of anger and jealousy. Kain then denies responsibility for his brother by uttering the famous words, “Am I my brother’s keeper?”  In the next story, we learn that the world is filled with wicked people. God decides to destroy them all and start over with one righteous man, Noah. In these foundational stories, we see that human beings possess free will and that without guidance, they fall immediately into behavior motivated by selfish aims, causing pain and destruction.

In the final story preceding Avram, we discover that the descendants of Noah speak one language and share one intention; to build a tower to “make a name for themselves.” As we shall see, this cannot stand. There is nothing wrong with their aim to build a tower. However, the rationale attached to this creative urge is problematic. Rather than building for the purpose of supporting others or glorifying God, these people build for the sake of self-aggrandizement. The Torah states that their aim is to make a name for themselves. It is their unified aim to serve themselves rather than all of creation, which poses a threat to all life.

A world with one lockstep aim focused on self-glorification is too dangerous. God has created a magnificent diverse world in which each variation balances the whole. Diversity is, in fact, the key to the survival of our world. Leon Kass writes on this story: Awareness of the multiplicity of human ways is also the necessary precondition for the active search for the better or best way. Discovering the partiality of one’s own truths and standards invites the active search for truths and standards beyond one’s making.

The people of the generation of the Tower construct a single edifice to glorify themselves. God’s response is to create many languages and thereby limit their ability to communicate and band together for selfish aims. The people, unable to converse, disperse to many lands. This singular human family is transformed into a diverse population which gives rise to many cultures and multiple expressions of creativity.

At each turn of events, God attempts to restore the original beauty and balance of Creation; a diverse and varied world in which all creatures live together in a balanced ecosystem and which is wholly good.

And now Avram enters the story. Avram is from the line of Shem, which means Name. Avram’s path is to establish God’s Name in the world, rather than make a name for himself. Consistent with this idea is that God changes Avram’s name to include a letter from God’s own name. Now he is AvraHam/Abraham.  Avraham will not build a tower and put his own name on it. His mission is to embody and carry ‘The Name,’ that is, the awareness of One Creator, into other lands. His mission is to deliver the message that within the apparent diversity of life, all is One. God is One.

His mission begins by becoming an immigrant. Lekh Lekha! Leave your native land and journey forth.  As an outsider, he carries the message that diversity is a strength. Yet he also reveals the message of One God, of One Interconnected World, that can only survive through a system founded on justice, other-centeredness and compassion.

Avram is willing to answer the call. As Michael Strassfeld states, “God wanted a world of exploration and change, of diversity and difference. Abraham agreed to be that first immigrant. He is both the stranger and the one who will welcome three strangers and more into his tent.”

The notion that Jews were strangers in a strange land precedes our enslavement in Egypt. Avram’s first test to go forth, Lekh Lekha,  is the founding story of our people.

But what exactly is the purpose of the journey?

At the end of God’s charge to Avram, God promises that his descendants shall become a blessing to all people. Avram is to instruct his children to follow the path of God, by doing what is just and right in the world. He is to bring a new and beautiful vision into the world- a vision of God’s ways- of tzedek u’mishpat– Justice and Law.

Avram is the man for the task, for he is even willing to demand that God act with justice. When Avram defends the innocent people of S’dom, he challenges God, saying, “Shall not the judge of all the earth deal justly?” Avram is the model of speaking truth to power, of demanding a world founded on justice. As the children of Abraham, we too must call out injustice when we see it. Abraham stands in vivid relief against the image of Kain who asks, “Am I my brother’s keeper?” It is Abraham’s spirit which must inform our actions, that we are indeed our brothers’ keepers.