“All that you touch changes” 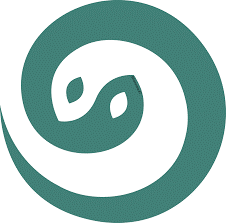 This week’s portion, Hukkat, deals with the mystery of death, the notion of impermanence, and the endless cycle of transformation.

Our Torah portion opens with Parah Adumah– the Red Heifer ritual to purify those who have had contact with the dead, to transform their state from impure to pure again. One of the more mysterious aspects of this ritual is that the priest who makes the magical mixture used in the ritual, becomes impure himself from contact with the potion. There are immediately two noteworthy ideas here: contact with death causes a change in us that needs to be acknowledged and also, conditions of purity and impurity are always in flux.

This Torah portion continues immediately with a series of deaths and losses, detailing first the death of Miriam, then forewarning that Moses will die before entering the promised land, and concluding with the death of Aaron. At the end of the Torah portion there is a deadly attack on the people by snakes, but God offers a remedy. All those who gaze upon a copper snake held aloft on a staff by Moses are healed.

Many have said that this is one of the most mysterious Torah portions. Rightfully so, I would say. Is not the passage of death an absolute mystery? 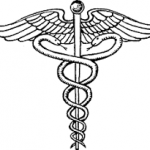 I’d like to share a little bit with you about the image of the snake that concludes this section. Throughout the ages, across the world, and in all cultures, the snake is seen as a powerful dual symbol. Snake venom is dangerous, causing illness and death. But a snake’s life cycle offers a different metaphor, one of healing and transformation. When the snake sheds its skin, its eyes cloud over as it moves through a liminal state that looks like death. After the shedding process is complete, it emerges in a new skin, fully awake and alert.

In ancient Greece, the snake came to be the symbol for alchemy, that is, the capacity for transformation. It also became the symbol for the field of medicine which we still see and use today in the medical symbol of the caduceus.

In our Torah portion, the Red Heifer ritual and the copper snake create bookends around the death of Miriam and Aaron, both asserting that death is not an end, and that transformation is possible because the notion of exclusive opposites is an illusion. Everything is always changing. The categories of good and evil, pure and impure, even life and death are not inviolate, but flow in and out of each other.

Octavia Butler, an African American author I want to celebrate on this Juneteenth evening, wrote these words.

All that you touch changes

All that changes, changes you

The only lasting truth is change