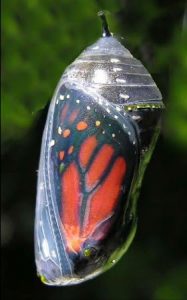 As this past week’s disturbing events unfolded, shaking us to the core as a nation, we have much to think about, much to process. As Jews, we can look to Torah for some wisdom about this moment. This week we read from the book of Exodus, the beginning of our redemption story, the confrontation between compassion and dehumanization. We read of the beginning of hope.

Va’era begins with a revelation. It opens with the words, “God spoke to Moses and said to him, I am Yud-Heh-Vav-Heh. I appeared to Abraham, Isaac and Jacob as El Shaddai but I did not make myself known to them by my name Yud-Heh-Vav-Heh (Ex. 6:2-4). That the ancestors knew God by one name, El Shaddai, seems to allude to a particular quality of their relationship. Now, God reveals a new name to Moses that speaks to a new way in which the Divine will be known in the world.

Let us also recall that in last week’s Torah portion, Moses stands at the burning bush and asks the Divine Presence for a name to bring back to the Israelites. God responds saying, “My name shall be Ehyeh Asher Ehyeh (I will be that which I will be) and this will be my name forever! ” (Ex. 3:14).

What is the meaning of these different names for God? Why are they changing? What do they reveal about the changing relationship with God and why is it necessary to reveal this to Moses at this time?

Let’s begin with the name El Shaddai, the name known by our ancestors.  El means God. A midrash (Rabbinic story) explains the meaning of Shaddai by parsing the word into sheh-dai meaning  that which is enough. El Shaddai would then mean God, who is enough.

El Shaddai is the aspect of God who meets the needs of the ancestors the way a mother nurses her child. Interestingly,  the Hebrew word for breast is shad, so we can also read El Shaddai as God-my breast. Additionally, there is a midrash that states that when God created the world, the universe expanded until, at a certain point, God spoke the word dai meaning enough and the expansion ceased. El Shaddai is the God known to our ancestors who were sustained with just enough, in a world that was limited by the boundaries fashioned by God.

Once the Israelite family descended into Egypt where they were eventually enslaved, they no longer remained in relationship with El Shaddai. For them, there was not enough, there was no comforting breast or limit to their suffering. Torah tell us that when Moses brings the news of the coming redemption, they cannot accept it for they are kotzer ruach – short of breath and crushed in spirit (Ex. 6:9). They are so weakened that they cannot even imagine the possibility for change. It is for them specifically, that God tells Moses to relate a new name. The new name is Ehyeh Asher Ehyeh – I Will Be That Which I Will be. With this new name, God communicates a new concept and a new relationship. This is the God who is not locked into past patterns and forms. This is the God of all potentialities, the One who expresses an unfolding process of becoming.

But this name is not yet enough to impact the Israelites and gain their partnership in the process of redemption. In this Torah portion God presents a new name: Yud-Heh-Vav-Heh. This name expresses an eternal dimension for its root contains the Hebrew word for being in three tenses: was (hayah), is (hoveh) and will be (y’hiyeh). This is a name that includes all potentialities of being throughout all of time. Unlike the quality of El Shaddai, the God of the past who is enough, this name reveals the transformative power of the One who will undo all limits, turn the natural world upside down, lift up the lowly, free the slaves  and open the sea to dry land. This is the Master of all transformation throughout time and space, the maker of miracles. And this is the name that our mystical tradition sees as an expression of Divine Compassion. For compassion is the Divine energy that animates this force for transformation. It is this aspect of God that makes redemption possible.

The capacity for transformation is thus a Divine quality. Our tradition teaches that humanity is formed in the image of God (b’ztelem Elohim) and thus, the capacity for transformation is implanted in each human being and in all of life. Despite our best efforts to hold onto the past, we are always transforming. Change is what defines life. But here, Torah teaches us that there are times when it is possible to harness this capacity, fueled by compassion, to alleviate suffering and build a new world.

This is so very difficult for us to see and to remember. We experience and witness suffering and we long for a peaceful healthy, balanced world. Yet, our greatest inner enemies are cynicism and despondency, which can also be called kotzer ruach- crushed spirit. Our challenge is to make a space for hope and possibility.  Our sages teach us repeatedly that each human being contains a Divine root, a holy spark of Elohut – Godliness, which enables us to change.

It is this transformational aspect of God that Dr. Martin Luther King Jr. recognized as the spiritual root within all of humanity and he was willing to bet his life on it. He said, “I refuse to accept the view that mankind is so tragically bound to the starless midnight of racism and war that the bright daybreak of peace and brotherhood can never become a reality… I believe that unarmed truth and unconditional love will have the final word.”

As difficult as these recent days and past years have been, we find ourselves, all of humanity, at an inflection point. The pressures for change are mounting from all sides. The truth that humanity is one collective, whose survival depends on cooperative, mutually supportive relationships with one another and with the natural  world is undeniable. And yet, like Pharaoh who hardened his heart and refused to heed the warnings, there is a powerful resistance to change. Pharaoh expresses this aspect of humankind that blinds oneself to the suffering of others, denies truth and clings to power through the force of an unchecked ego. These are forces we have all witnessed.

Our Exodus story reveals that ultimately, there comes a time when the forces for compassion, justice and freedom will overwhelm the resistance to change. There is space for hope. This week and each day moving forward let us take heart in the transformative face of God, revealed to our ancestors and to us through the ever-unfolding process of a world becoming. As the Rev. Dr. Martin Luther King Jr. once said, “the arc of the moral universe is long, but it bends toward justice.”

Ken Yehi Ratzon– May it be so.