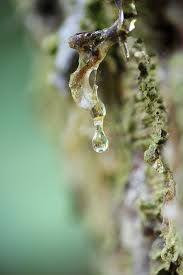 This week’s parashah, Va’yishlah focuses on the homeward journey of Jacob and his family. This entire portion seems to swing widely between the poles of blessing and calamity. While the overt context of parashah focuses on Jacob’s inner and outward journeys, the feminine voices within the family are struck down through tragedy and death. Much as Jacob/Israel can be seen as an archetypal figure representing the Jewish people, so too the losses suffered by the female characters and death of the women in this parashah may have symbolic significance for the spiritual narrative of the Jewish People.

The parashah begins with Jacob’s encounter with a mysterious “man” with whom he wrestles and from whom he demands a blessing. He receives a new name, “Israel,” the root of which can be understood as Sar, meaning to exert authority, to master. The implication is that he has mastered some aspect of relationship to both the Divine and to human beings.[1]  After this encounter, Jacob sees Esau approaching. Despite Jacob’s fears, the two brothers have a peaceful reunion. As soon as they part ways, the text states, “Jacob arrived shalem in the city of Shechem which is in the land of Canaan…” Shalem can be understood to mean: safely, whole, or at peace. Given his life-long contest for supremacy, his personal anxiety about Esau’s potential to exact revenge, and then the peaceful reunion of the brothers, this statement seems to indicate a complete resolution of Jacob’s inner struggles. The reader may be lulled into a false and premature sense of peace. But this moment is transitory. As soon as Jacob settles in the land of his forefathers, his daughter Dinah is abducted, raped, and held hostage by a local prince. This episode culminates in the tragic and brutal retribution by Jacob’s sons against the entire town, including its leaders.

Immediately after this tragedy, God again commands Jacob to return to Beit–El, the site where, upon fleeing from Esau twenty years earlier, Jacob first encountered God in a dream. Jacob must return to the place where his flight began in order to truly complete his journey. As  these events move toward narrative closure, the text reports, “Deborah, Rebekah’s nurse died and was buried under the oak below Beit-El, so it was named Allon Bakhut (literally- weeping tree).”

There is a striking parallel to these two storylines. At each juncture where Jacob appears to have reached resolution regarding his struggle with Esau, there comes a blow to the ‘feminine’ within the household. First Dinah, the maiden and only daughter of Jacob, is abducted and violated. Her voice is silent in the text and we never hear of her again. Next, the crone dies, the eldest of the women (from the generation of Abraham and Sarah) who provided the maternal foundation for the household. Deborah’s death is so painful that the earth itself mourns for her, with her grave memorialized as a place of eternal sadness, symbolized by the weeping tree.

The text abruptly shifts to God’s blessing of Jacob for fertility, inheritance of the land, and future majesty. But tragedy follows blessing, as we immediately read of the death in childbirth of Jacob’s beloved wife Rachel.  Thus, as Jacob moves ever closer to his father’s home, the feminine aspect within the household continues to be assailed.

Dinah, Deborah, and Rachel (Maiden, Crone/Mother and Lover) all are lost. What does this suggest about the value placed on “feminine” principles or attributes?

Rashi (the great 11th c. commentator) recounts a midrash which explains the rape of Dinah as punishment of Jacob for his withholding Dinah from Esau’s eyes. When Jacob is reunited with Esau, he presents his eleven children. “But where was Dinah?” asks Rashi. “He placed her in a chest and locked her in so that Esau should not desire to marry her. On this account Jacob was punished because he had kept her away from his brother for she might have lead him back to the right path. She therefore fell into the power of Shechem.”[2]

With this midrash in mind, one might suggest that in Jacob’s quest for identity and mastery over his own life, he has suppressed and imprisoned the ‘inner feminine,” the qualities associated with values such as compromise, trust and tenderness.  He cannot trust in the possibility of a complete healing with Esau. His strategic actions in sending forth gifts and bowing seven times etc. stem from his need to control and manipulate events. He is unable to consider the possibility that the heart can soften, and that Esau may have healed from his wound. Aviva Zornberg discusses this same midrash and concludes that Jacob “has lost hope and trust in a reality of confrontation and change…”[3] He cannot imagine a different reality. He is fixed in the wounding of the past. In contrast to Jacob’s approach, “Love…breaks through pre-imposed patterns, it opens gaps in secure defenses.”[4] But Jacob is unable to enter a place of trust. He approaches Esau with dread. He ignores the possibility for a new beginning based on love and brotherhood.  After this moment, Dinah’s story unfolds with all the brute force of an unbounded and unmitigated masculine impulse, first from Shechem and then in the vengeful violence perpetrated by Dinah’s brothers. Her suffering seems to illustrate the logical outcome of constantly prioritizing the “masculine” principle.

Each time Jacob rejects an approach to wholeness and balance in the formation of his complex identity, the text inserts a dramatic blow to the ‘feminine.’ Like Jacob, we all seek wholeness, but are often too deeply terrified to express the archetypal “feminine” qualities; to allow trust, love and faith to guide our actions. The impulse to control, to force, are natural, but unfortunately are often followed with disastrous repercussions, including the perpetuation of fear and victimization. Receptivity, trust, nurturance, hesed (lovingkindness) are all aspects of the feminine archetype. If there ever shall be true and lasting peace, we will all need to recover these repressed sacred parts. By finding a better balance, perhaps all of the children of Abraham will be able to receive their true and just blessings.