The Sanctity of All Life 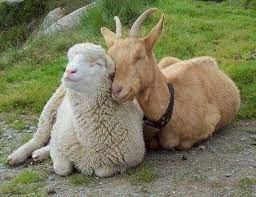 In this week’s Torah portion we are presented with the rules around eating meat and the proper slaughter of animals for food or for sacrifice.

The Eternal One spoke to Moses, saying: Speak to Aaron and his sons and to all the Israelite people and say to them: This is what the Eternal One has commanded: if anyone of the house of Israel slaughters an ox or sheep or goat in the camp, or does so outside the camp,

and does not bring it to the entrance of the Tent of Meeting to present it as an offering to the Eternal One, at the Tabernacle, bloodguilt shall be imputed to that party: having shed blood, that person shall be cut off from among this people. (Lev. 17:1-4)

We are taught that all animals for slaughter must first be brought to the Tent of Meeting, where they are ritually slaughtered, and cooked. One must “raise a beautiful aroma to God and then you may eat the flesh.”(Lev. 17:7)  The text goes on to say that one who does not do so, has “spilled blood.” To spill blood is the Torah’s language for murder, and in this case the punishment for doing so is that the person shall be nikhrat, cut off from their people.

What a powerful response to the improper slaughter of an animal.

What is the Torah getting at here?

There are many principles we can derive from these few, seemingly arcane and ancient laws.

As out of touch with modern forms of worship as these practices appear, they actually reveal a  remarkable system for shaping how we might think about blood, how we might relate to animals, and by extension, other human beings.

To begin, it would seem, that to bring every animal one wants to consume, to God first, as an offering, reinforces the awareness that everything we have originates first from God and ultimately belongs to God, the Source of All that Is. Without this initial recognition, taking the life of an animal becomes an act of defilement, an act of murder. And the punishment for doing so, is that the person shall be nikhrat, cut off from his people. The spilling of the blood of even an animal, is a violation that impacts the ethos of the entire community. Therefore, the one who does so must be separated from the community.  These ancient laws develop a personal as well as communal sensitivity to the spilling of blood. I suggest that these practices are measures that attempt to contain the human tendency toward bloodlust.

Our portion continues on this theme by stating that the Israelites must not consume any blood, for the blood contains the life force of the animal. (Lev. 17: 10-14) Blood itself has an intrinsic  sanctity, whether it be the blood of an animal or of a human being.

We often judge our ancient texts through modern eyes that deem these practices arcane and antiquated. Yet, when we consider such practices in light of the values they transmit, the sensitivity they bring to the spilling of blood, and compare that with the current glorification of spilling blood we witness in all forms of modern media, as a form of entertainment, the contrast is striking, painful, and powerful. In our times, films, and video games, as well as the frequent portrayal of human violence on the nightly news, have the power to numb our natural sensitivity to the sanctity of all life.

Torah was, to begin with, a revolutionary text that challenged the mores of its times. We might consider how its revolutionary lessons remain a salient challenge for us today. Our Torah portion asks us to recalibrate our relationship with all sentient beings, to expand our awareness of the sanctity of all life, and to be ever vigilant in maintaining the practice of gratitude for all that we are blessed to receive.